Support Chat
Sign in
en
Contact Us
Back to Main Site
Home > Records>CD>Against Me! - As The Eternal Cowboy - CD 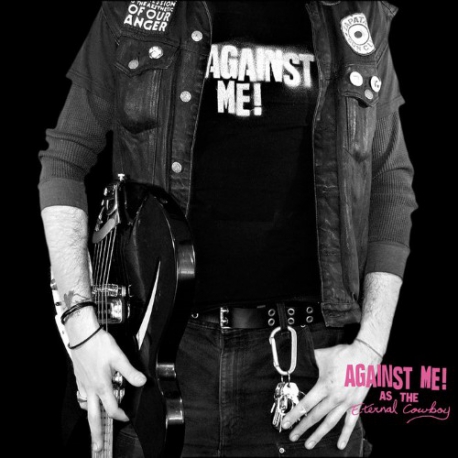 Against Me! - As The Eternal Cowboy - CD

"Against Me! as the Eternal Cowboy" is the second album by the Gainesville, Florida punk rock band Against Me!, released on November 3, 2003 by Fat Wreck Chords. It was the group's first release for the label and their first album with bassist Andrew Seward, who had replaced original bassist Dustin Fridkin the previous year. The album was produced by Rob McGregor, who had also produced their first album Against Me! Is Reinventing Axl Rose (2002). Two singles were released in support of the album, "Cavalier Eternal" and "Sink, Florida, Sink", though each features different versions of the songs than those found on the album. As the Eternal Cowboy was Against Me!'s first album to reach the Billboard charts, reaching #36 on Top Independent Albums.