Gab De La Vega had been forced to cancel and postpone the acoustic tour in Austria, Germany, Netherlands and Belgium last November/December, due to a worsening of the situation that in recent years has characterized every on-the-road adventure for any musician.
The dates have been rescheduled for mid-May.

But the week has been full of important announcements.
In addition to the solo acoustic dates in May, there has been the official confirmation of the full band participation in the Lost Evenings Festival in Berlin.
Frank Turner’s touring event was supposed to take place in 2020 but with the beginning of the pandemic it had been cancelled.
But the invitation of the British singer-songwriter is still valid and after two years the public announcement that will see Gab De La Vega and The Open Cages on the Nick Alexander stage of the Columbia Theater in Berlin on September 15 has arrived, liberating and long-awaited. Info and tickets: https://lostevenings.info/

Gab De La Vega released two singles in the last 6 months, “We Could Be Anything“, an acoustic track and “Demons of Tomorrow“, a full band track.
He is currently in the studio recording a new album and booking another tour that will be announced in late spring. 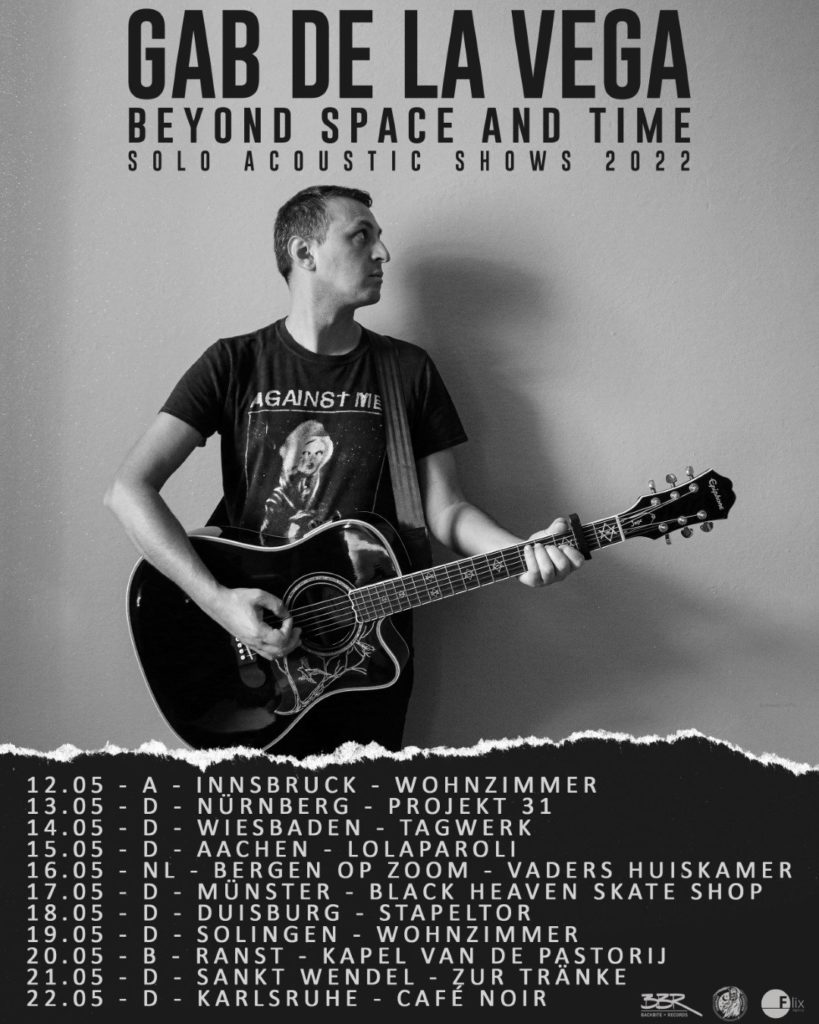 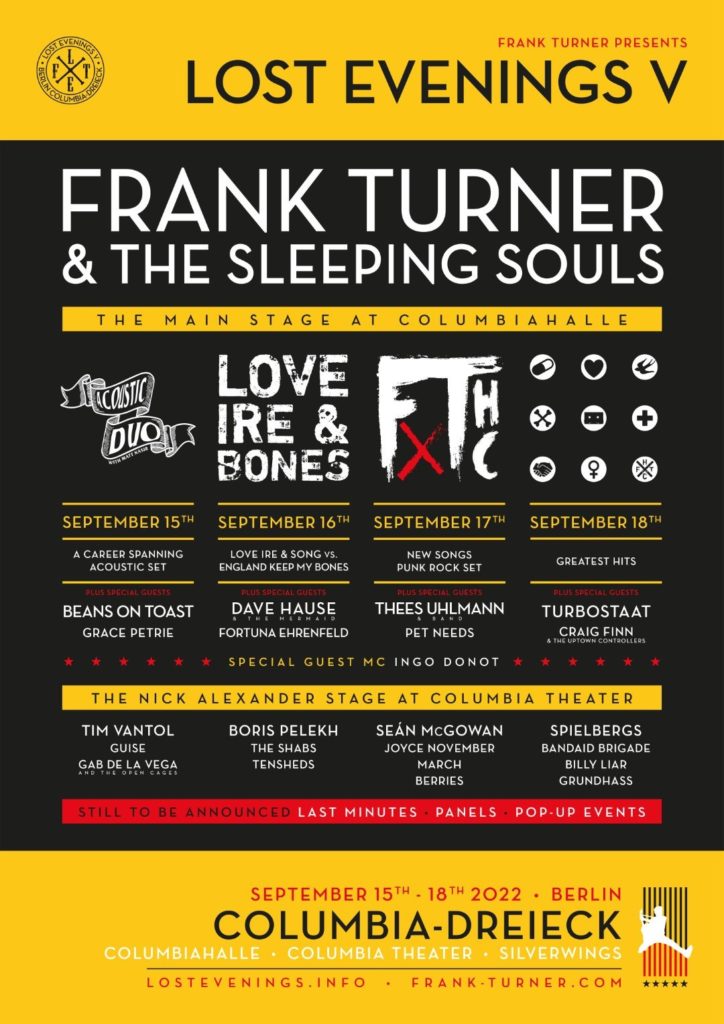