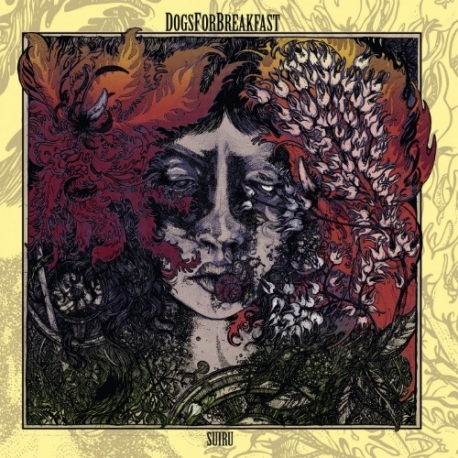 Nearly four years since their last release, the “Dogs For Breakfast / Bologna Violenta” split album, Italian noise mongers DOGS FOR BREAKFAST return with “Suiru”, a jarring dirge in 8 movements that sees the band further evolving into an animal all of its own.
The album represents yet another pivot point in the band’s sound, a further departure from the hardcore-metal focused songs of their early releases. On “Suiru” the group delve deeper, and darker than ever before.