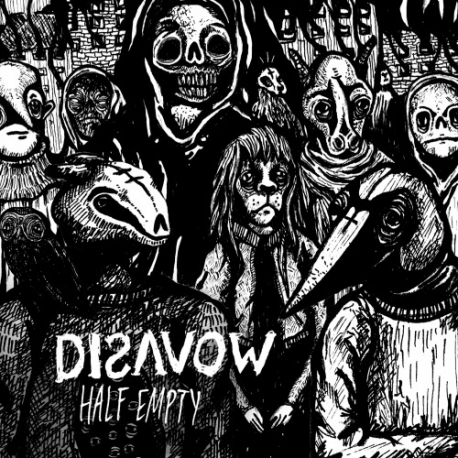 The band, based in Gothenburg, has previously released a demo and started touring across Europe right away after that.

This new release is a 7” called “Half Empty”. Six tracks of pure hardcore fury with no compromise.
Harsh, angry and dark, but still as sharp as a razor blade.

“Half Empty” has been recorded and mixed by David Zackrisson and mastered by Daniel Husayn at North London Bomb Factory. The artwork has been created by Isabell Kirstinä.
Two tracks sees guest vocals by Derek Archambault (Defeater, on “Sick”) and Fredrik Larzon (Millencolin, on “No Devotion”).