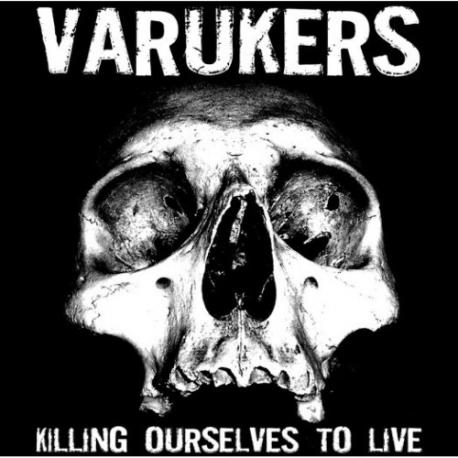 Split LP featuring the Varukers on one side and most of the same people on the other side, Sick On The Bus.

Varukers side : "Killing myself to live": 8 tracks from Varukers originally released in 2014 and sold out for a long time. - Sick On The Bus side : 8 tracks originally appeared on their "Music for losers" CD release. 8 songs never on vinyl before.