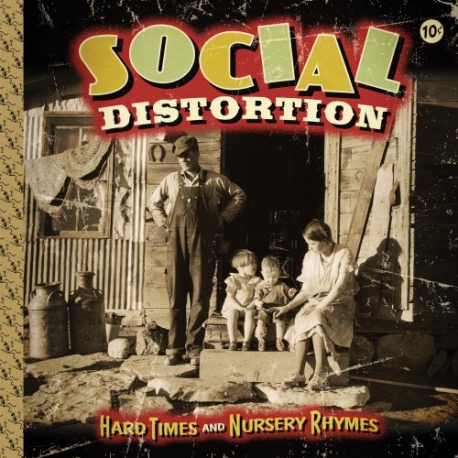 Hard Times and Nursery Rhymes is the seventh studio album by the American punk rock band Social Distortion, released on January 18, 2011. It is the band's first album recorded with bassist Brent Harding, their first album of new material since 2004's Sex, Love and Rock 'n' Roll, and their first release on Epitaph Records.
Fans of the band won't be disappointed!