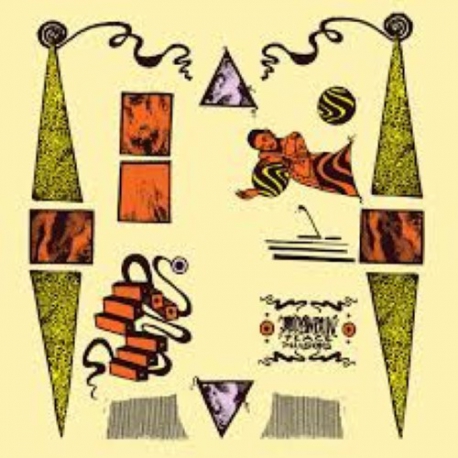 "Peace Delusions" can be described as "if In Utero was a hardcore punk record", but even that might be underselling the Dallas, Texas band's first full-length. Titled "Peace Delusions" this new album resembles a golden artifact unearthed from the '80s American hardcore underground, harnessing the unbridled aggression of groundbreaking acts like SSD, Poison Idea and Infest and filtering it through the caustic, ashy atmospheres and unfettered noise rock of Texan predecessors Scratch Acid and the Jesus Lizard, as well as Moss Icon's murky, wordy pathos. This unpredictable, nerve-damaging, half-hour-long debut full-length remains at its core a spacey, noisy punk record. Recorded by Arthur Rizk (Power Trip, Cold World, Inquisition) and featuring art by ZZ Ramirez (The Ukiah Drag).