La Armada is a far from being a newcomer in the game. They have been around since the early 2000s, in the Dominican Republic at first and then in Chicago, IL, where they relocated in 2007.
Their sound is a hardcore – punk – metal crossover and their breakdowns are infused with Latino rhythms that make the band music sound like nothing else. Lyrics are charged with meaningful references and a strong political message, that goes straight to the point.

They tour, tour and tour. As a live band, they had the opportunity to travel the Americas several time and they have already hit Europe once, including an explosive performance at Punk Rock Holiday in 2017, one of the most important hardcore and punk events in Europe.
They are working with Epidemic Records to make their new amazing album “Anti-Colonial Vol. 1” available in Europe. To promote the album they have toured with Propagandhi and Iron Chic across North America. Useless to say, that tour must have been a blast! The band is gearing up to jump on this side of the Atlantic with this new killer album. For those who are still not very familiar with these guys, here’s an exclusive interview! 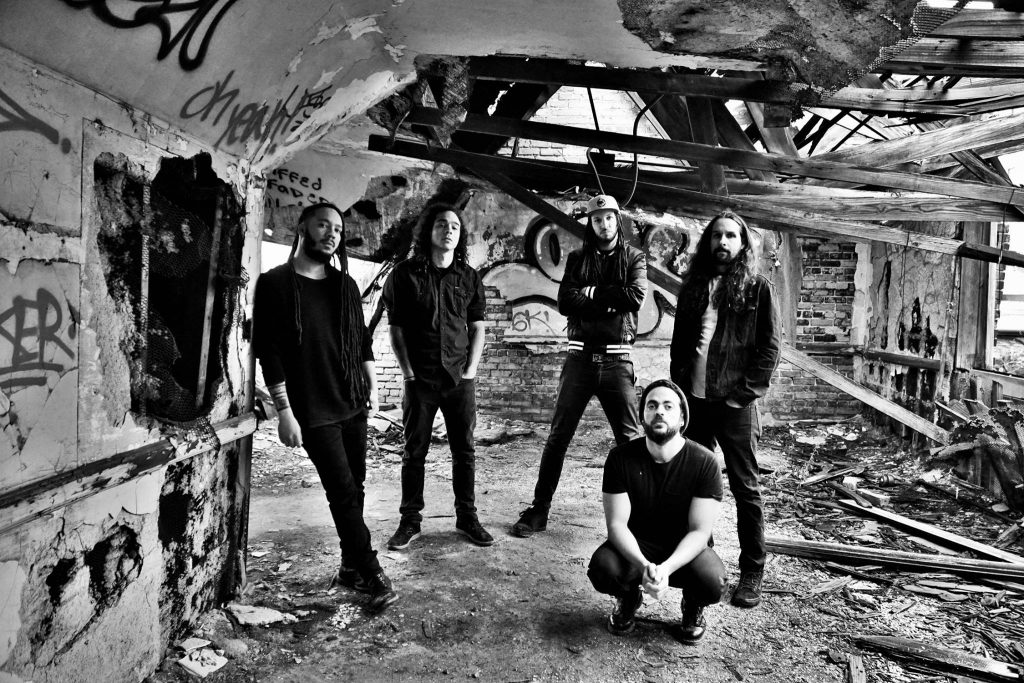 1) Hey guys! How would you describe La Armada in a few words to someone who never heard of you?

There’s a phrase we like to use, “Latino Hardcore Fury” that we feel represents our music pretty well. In essence, we are a hardcore punk band with metal and afro-caribbean influences. Lyrically we write about social injustices, neocolonialism, and the struggles of the everyday worker.

2) “Anti-Colonial Vol.1” is your new album. Epidemic Records is proud and happy to be part of it and make it available in Europe. What can you tell us about it? What’s different from stuff you put out before? What’s your favorite thing about this album?

I think one of our favorite things about the record is how we managed to incorporate afro-caribbean rhythms into our songs without sounding forced or out of placed. This was one of the most important things we wanted to accomplish. We didn’t want to have deliberate “latin” parts in the songs, we wanted everything to flow in and out naturally, and I think we accomplished that more than we ever had. This record was a huge learning process and we think that from here on out we are very clear on what to do as far as writing goes.

We worked on this between tours for around two years, constantly demoing and trying things out on tour to see what people reacted to the most. In a way, most of the album was already tried out in front of a crowd. Vocally, we feel we made a lot of progress, showcasing more of our singers’ range and incorporating the vocals of all the band at different times.

We feel that everything we did before this were just steps to arrive here. 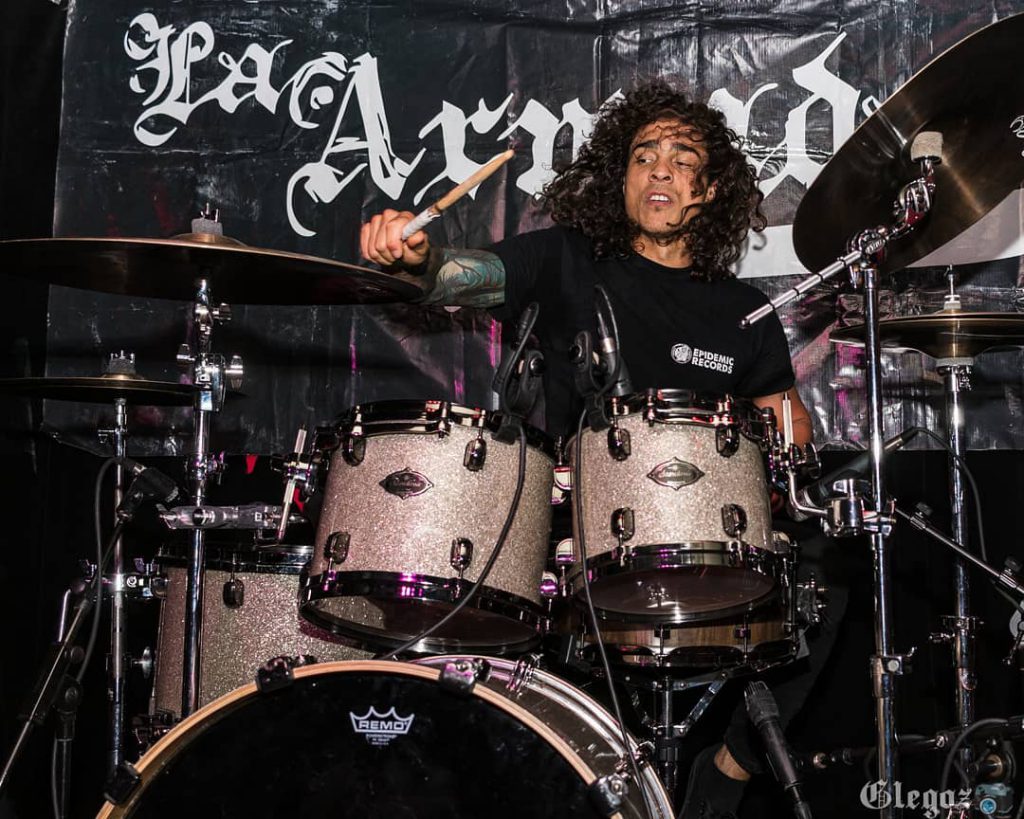 3) To promote the album, you’ve just toured with one of the most important hardcore / punk / metal bands out there, Winnipeg’s Propagandhi, who need no introduction, and Iron Chic.
How did you get in touch with these bands? How was the tour for you and how did people react to your new songs?

We have been pals with Propagandhi for a few years. Our guitar player Paul met them first around 2006 or 2007 when they toured Latin America. Years later, after we moved to the US, we went to see them play and they were nice enough to have us play on some of their shows coming through Chicago. For this tour, everything kinda just fell into place with both bands having new records out.

The tour was one of the most positive things to ever happen to us. They are a band we respect and look up to. Musically, it was a very fulfilling tour, it was our first chance to play the record on a bigger scale and it was some of the best reactions we’ve ever gotten from crowds. I think their listeners are more musically educated than people at your average punk show, and they are also obviously concerned with at least some of the subject matter, so we felt they really understood where we’re coming from and appreciated it. We worked really hard to create the set we played every night. We wanted it to flow seamlessly just like the songs on the record do.

One of the most important things was the positive interactions we had with people. Great, genuine conversations and reactions. Most mornings we would wake up with messages from people that went to the show the night before thanking us for the show and showing their appreciation for our craft.

We’ve also seen Paul (guitarist) taking up the mic in Chicago (your hometown) and sing “Fuck The Border” with Propagandhi. That looked amazing!

4) Your music is a mix of hardcore, punk and metal. It’s a balanced crossover of these three things. But as a Latino band, you like to spice things up a little bit, playing with both frantic and paced rhythms in your breakdowns. Does it come from Dominican / Latino traditional music? Could we consider this kind of your trademark?

Yes, definitely. We are playing afro-caribbean beats over hardcore riffs. Some of these rhythms are called “Gaga” and “Palo”. The song “Unquenchable” is a good example of that. We like bringing that out in a way that feels natural to the song, not just for the sake of doing it. We’d like to think that no other band is playing what we’re playing. We’re not afraid to be different.

I think we’ve only very recently started to really understand how to do it better, the new album being the best example. So, it’s exciting to already be writing new songs and using what we learned while making this record.

Chicago is a huge melting pot of cultures and the south side punk and hardcore scene is made up mostly by people of color, mainly Mexicans and Central Americans as well as African Americans. It’s one of the most diverse scenes we’ve ever seen in the whole US. This is what interested us about the city in the first place. It’s hard to ignore the impact latinx bands like “Los Crudos”, “Tras de nada” and others have had.

It’s a very big city with is a constant stream of shows. On the same night you might have 2 or 3 punk shows in different parts of the city, all well attended. We have definitely been influenced by the music of the city and all the cultures we’ve had the privilege of interacting with. The bad part is it’s cold as hell for most of the year.

6) Lyrics are a very important component of your music. How do people perceive meaningful lyrics nowadays in our music scene? Is there still room for a message?

It depends on who’s listening but there is definitely people interested in it. We come from the punk scene, where most of our politics are not shocking to anyone, they are generally accepted. That’s why as a band we try to bring our message everywhere. We’re a band that wants to open up tough conversations anywhere we go. When we play metal shows we make no secret of our politics even though that crowd is generally not as politically active. So if there’s room for our message, good. If there’s no room, we’ll make it. 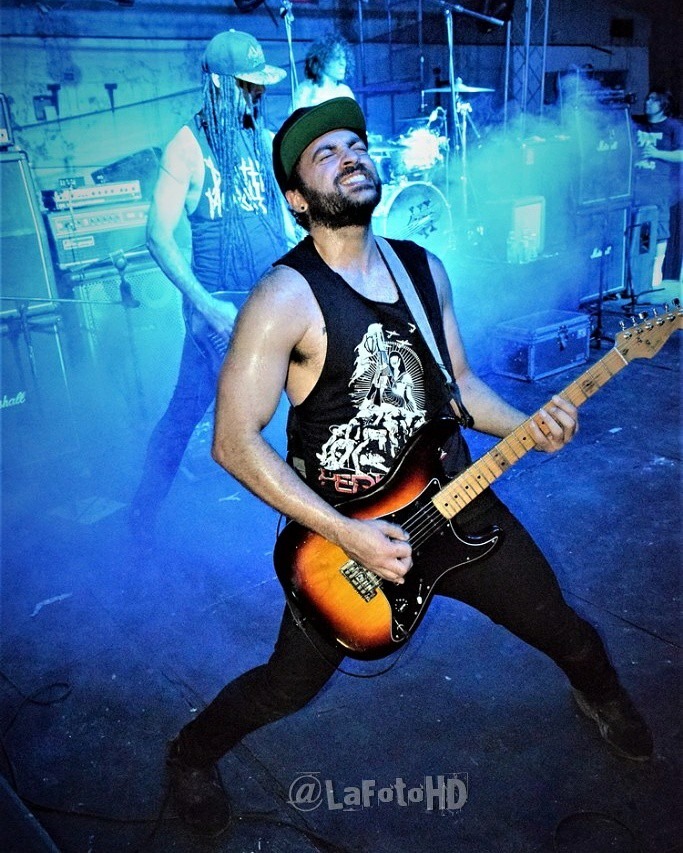 7) How is it to be a politically aware Latino band (and group of individuals) in Trump’s America? Is the hardcore punk community reacting to the current political environment in the Country?

I think the positive thing is that it’s not just the punk community reacting, it’s people that are usually dormant. For us, we just have to be very aware of our surroundings because you just never know who’s around and what their intentions are.

We recently played in Indianapolis and after our set someone came up to us very angry with us. Telling us the usual hate-filled speech about how if you don’t like American laws you should leave and that anyone illegal should be deported no matter their age or circumstance. The person started to get aggressive and had to be escorted out of the bar. So, even tho for the most part everything is positive when we are on the road, we just have to be mindful and make smart choices.

8) You toured Europe once but you’re getting ready to come back with “Anti-Colonial Vol. 1”. What did you like the most about playing Europe? When will you guys be back? People want to know!

Playing Europe was an unbelievable experience. We plan to go back in early 2019 to take the record cross the EU. Our first trip there was short and we definitely left wanting to do something longer. One of the things we enjoyed the most was the passion people show for the music. Living in the US you have literally every band in the world coming to play and people can get a little spoiled. In Europe we felt genuine excitement from the crowd as well as being a bit more musically open minded. The food on the road is a hundred times better as well, especially in Italy.

9) I guess that’s everything for now.  We’re expecting you in Europe! Thanks a lot for your time. Final word is yours! 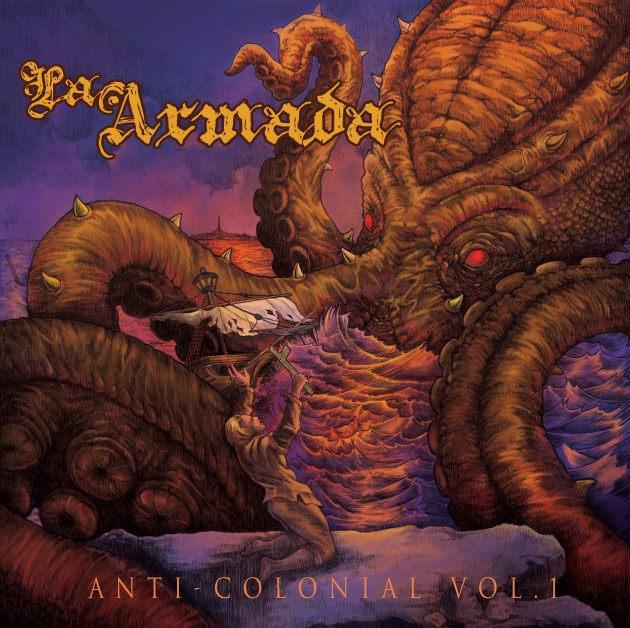